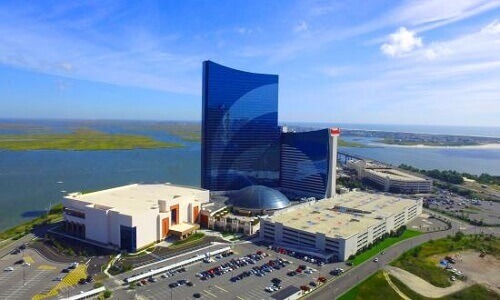 As the USA’s second biggest gambling district, Atlantic City is well known for providing its visitors with plenty of options to look forward to in terms of entertainment. Apart from the iconic casino games that have become so well loved all over the world, Atlantic City also provides an escape in the form of theatre shows, fine dining experiences and plenty more. Harrah’s Atlantic City is one of the oldest resorts in the area and over the years, has seen hundreds of thousands of guests enter through its door. Harrah’s was the first of its kind to open in the city’s marina district. Below, you will find a brief history of this much-loved resort.

Interestingly enough, Harrah’s Atlantic City was originally set into motion by another massive resort chain – Holiday Inn. This was because Bill Harrah, the original founder, had passed away during the initial construction of Atlantic City’s new resort. After Holiday Inn purchased the rights to Harrah’s, they were going to name the resort ‘Holiday Inn Marina Casino.’ However, just before it was set to open, they agreed to leave the name to what it was originally intended to be. This was the first casino and resort to not be located on the city’s famed boardwalk.

On the 22nd of November 1980, Harrah’s Atlantic City opened its doors for the very first time. Along with the casino, a hotel tower boasting 506 rooms was also unveiled. This tower became known as Harbour Tower and before long, helped contribute significantly to the fact that this new resort had become Atlantic City’s top grossing casino. Six years later, the resort was able to open the Atrium Tower. This tower comprised of new suites and was necessary not only because of the fact that the resort was so popular, but also because their biggest competitor, Trump’s Castle, had just opened right across the road.

Even though plenty of new resorts were popping up all around it, Harrah’s Atlantic City managed to stay one of the most popular around. Of course, this then created a need for even further expansion. In 1997, the Marina Tower was built. Similar to the Atrium Tower, this section of the resort added more rooms on to the hotel. The Harbour, Atrium and Marina Towers each stand at an impressive 16 storeys high. Each one of these towers are connected to each other through various different hallways and passages on every floor.

However, even at this stage, there was still more reason for Harrah’s Atlantic City to continue expanding. By 2002, the Bayview Tower opened. This tower was designed to be bigger than any of the others, measuring in at 25 storeys. This expansion was also accompanied by extra playing space in the casino area.

To this day, this resort remains one of Atlantic City’s most popular. With so much on offer, new guests often visit and older ones return over and over again to play best online roulette in New Zealand.