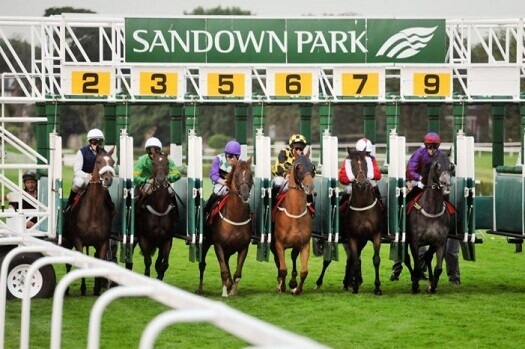 Sandown was the only metropolitan racecourse to be opened in the 20th century. The course is located 25 kilometres from the Melbourne CBD on the Princes Highway in the suburb of Springvale in the City of Greater Dandenong. The course plays host to a number of group races, including the Eclipse Stakes and the Sandown Guineas. These are both a part of the Melbourne Spring Carnival, which is the most popular set of racing events on the Australian racing calendar.

Quality Of Racing At Sandown

Sandown has six group races run at the venue annually. All of these are a part of the Melbourne Spring Carnival, and thus attract national as well as sometimes international horses. The races are all group two and three’s, mostly open to all sexes except for the Strummond Stakes that is only open to mares.  There are actually two tracks on the course, the original Lakeside track and the new Hillside track. Sandown is the only racecourse in Australia with two tracks.

Sandown promotes itself as a family style track, and thus keeps the betting casual at the actual track itself. There are always various bookies available, all with different odds. On the main race days the track, as well as the bookies, can get very crowded due to the popularity of the races and the quality of the horses that they attract. 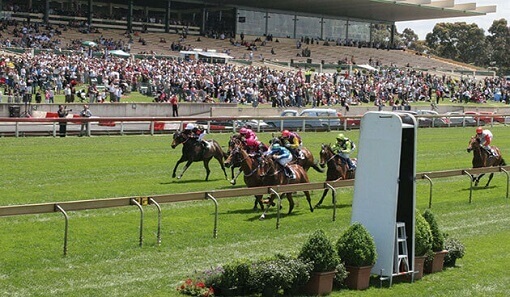 Online betting on races at Sandown is more popular during the spring carnival than at other times of the year. Many betting sites will offer different odds as well as different kinds of bets on most of the races. During the rest of the year access to online betting at the track is a bit spottier, but can be done via a search engine and a good Internet connection to find Aussie online sports betting.

The Spring Carnival held at the track annually is followed by a large amount of people, both locally and internationally. International betting on the races is allowed, which influences the favourites and the odds of each horse. When placing your wager on a horse in one of the Spring Carnival races, it is a good idea to know a bit of the history behind the horse first. Its pedigree, jockey and favoured track will all play a part in whether the horse will do well or not.

Sandown is a predominantly good surface track, known and one of the best kept in the country. That is not to say that rain never happens on race day, causing the going to change. Know what the track conditions are as well as which horses are more likely to run well on them.

Results from the main races at Sandown can be found on various media. The smaller races are always covered on at least one site on the Internet, while the bigger races are televised as well as live streamed in many cases. Finding the results of your wager on either a major or a minor race at Sandown is always possible via a number of options.